Right, including me with this question, being like, “Are you feeling it?” No, but it’s true. For me, there was never going to be any other way to make an international foray, I was very clear about it. If I wasn’t doing this in America, I would have done it in Australia, or anywhere. is just an extension of what I want to do. This is my step forward in trying to do something new. I don’t know, I’m excited about it. It’s a new world for me, a new culture for me. I want to be true to who I am. I think that’s the difference between doing Miss World then and doing this now is that at that time, I felt like I was a kid, and I needed to be what the world wanted to see me as, and now I feel like my flaws are what make me unique. I think the 30s did that to me. 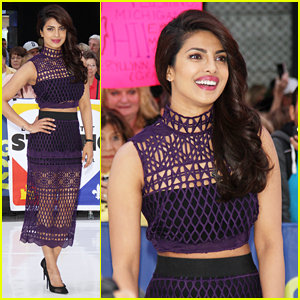 Chopra's first film of 2012 was Karan Malhotra's action drama Agneepath, in which she starred with Hrithik Roshan, Sanjay Dutt and Rishi Kapoor. Produced by Karan Johar, the film is a remake of his father's 1990 production of the same name. In one of several accidents to happen during production, Chopra's lehenga (a traditional skirt) caught fire while filming a sequence for an elaborate Ganpati festival song. She featured as Kaali Gawde, Roshan's loquacious love interest in the film. Mayank Shekhar noted how much Chopra stood out in the male-dominated film. Agneepath broke Bollywood's highest opening-day earnings record, and had a worldwide gross of ₹1.93 billion (US$28 million). Chopra next co-starred with Shahid Kapoor in Kunal Kohli's romance, Teri Meri Kahaani. The film relates the stories of three unconnected couples (each played by Kapoor and Chopra), born in different eras. The film opened to mixed reactions from critics, but Chopra's performance was generally well received.

She next starred opposite Arjun Rampal in the romantic mystery thriller Yakeen, portraying the role of a possessive lover Simar Oberoi. Critical reaction towards the film was mixed, but her performance received praise. Taran Adarsh wrote that Chopra "is bound to win laurels yet again the actor is emerging as one of the finest talents in these fast-changing times". Her next release was Suneel Darshan's romance Barsaat, co-starring Bobby Deol and Bipasha Basu. The film was a critical and commercial failure in India but fared better in the overseas market. Chopra's performance received mixed reviews, with Bollywood Hungama describing it as "mechanical". However, Rediff.com considered Chopra to be an "epitome of calm intelligence, who underplayed her role to perfection". Later that year, Rohan Sippy cast her with Abhishek Bachchan, Ritesh Deshmukh and Nana Patekar in the comedy Bluffmaster! Chopra played independent working woman Simran Saxena, Bachchan's love interest. The film proved to be a box-office success. 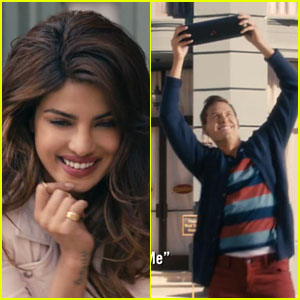 Speaking of Alex, tell me more about your character. What’s special about her? They’ve written Alex as a female Jason Bourne. She’s as smart as that, but she is also vulnerable and soft. I didn’t want to make Alex extremely macho, I wanted to celebrate femininity. You can be an absolute woman and also be smart and tough and not lose your femininity. I also love that in the show, Alex treats boys the way boys usually treat girls, as dispensable. She has no place for them in her life.

But while she may be new to Hollywood, Chopra is not new to the US. She was born in India to parents who were military doctors. “Every few years we moved to different locations,” she recalls. When she was 12 she went to Iowa – at her own wish. She was curious about how her American cousins were schooled, and her parents agreed to let her study with her extended family. But she was the target of racist comments. “I was the only Indian kid in my school in Iowa. Later I lived in Queens, New York and Newton, Massachusetts, and in high school I was bullied really badly.” Children would call her “brownie” and “curry” and tell her to go back to her own country. “It was supremely scary,” she says. “I would avoid going to the cafeteria and eat in the bathroom instead.”

Destiny and fate come up a lot in our conversation. They hint at her two sides – one which feels her success is a happy accident, the other which is calculating and determined. She has, she says, always been driven. “After I won Miss India I realised I do not like failing. I just like being the best. I hate being a loser. So I just have to keep winning,” she smiles.

So Fallon and Chopra squared off over a plate of nuclear chicken wings, to see who could eat the most in 20 seconds. Chopra also equipped herself with “Tabasco sauce in case that’s not enough and I have milk in case that’s too much.” Although they both did a lot of posturing beforehand, the contest was difficult for both Fallon and Chopra. Chopra was shaking as she ate her wings, and Fallon couldn’t even eat more than one.